A Small Adventure will do you a World of Good 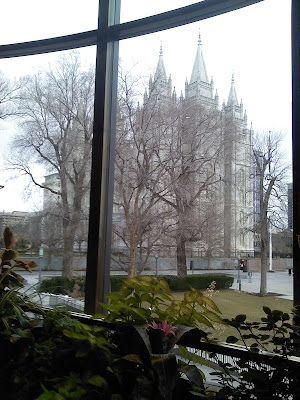 Every Tuesday, some of my friends and I go to the Bountiful Utah Temple to do Baptisms for the Dead. It is really an amazing experience, and it is such a great way to start out your day. 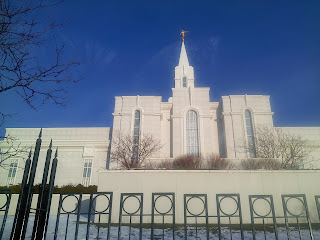 Twice a year, each Temple is closed for cleaning and maintenance. This week, and the following week happen to be the time of year that the Bountiful Temple is closed.
In order to maintain our pattern of going every Tuesday, we decided that instead, we would travel to the next closest Temple, the Salt Lake Temple.
Let me explain a bit more about Baptisms for the Dead.

This is the Salt Lake Baptistery Font. (It is much, much bigger in person.)
When people die, and have not been Baptized in the name of, and by the power of Christ when they were living, they are unable to enter the Kingdom of God by no fault of their own.
When the nearest relative has given consent, their name may be taken to a Temple, and a living person may be Baptized in their behalf. This way, they have the opportunity to choose to enter the Kingdom of God, even if they didn't have the chance to learn about it, and be Baptized on earth. 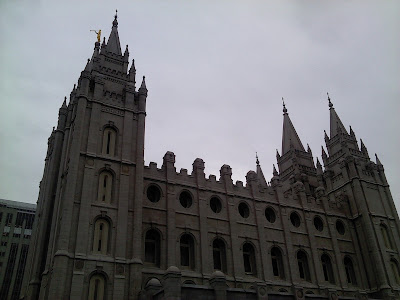 And that is why me and my friends go every Tuesday to do Baptisms for the dead. Because there are so many people who were born, lived and died with out every deciding for their selves if they wanted to be Baptized. Through a Temple, the living on earth can give them that opportunity to decided after they have died.
It was one of the most spiritual Temple trips I have ever had.
Maybe because it was a different Temple that we normally go to. Maybe because of the history, that this Temple is more than 100 years old, and Prophets and Apostles have walk its halls.
It was special. 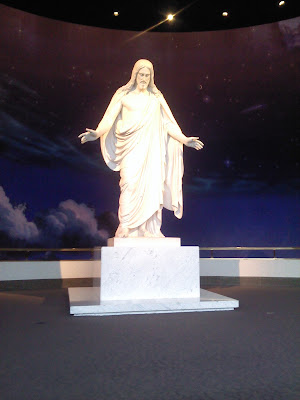 After we were done with the Baptisms, we went out side to walk around Temple square. We went into the North Visitor Center, to sit in front of the Christus statue.
If you have never seen a Christus statue, it is a marble figure of the resurrected Christ. He is clothed in all white, and his hands are opened toward you. In the palms of his hands and on the tops of his feet are the holes where he was nailed to the cross.
It was very quiet there. Just sitting in front of his statue.
Thinking about what he has done for each of us. The love he must have to have gone through that for us.
It was truly amazing. 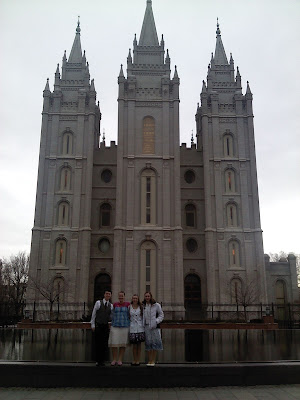 It was an amazing trip, with the four of us. The Temple is full of symbolism, and just walking around its exterior afterwards made us feel good. I guess it is something beyond my comprehension. How all our simple acts here on earth have such profound reactions in Heaven above.
at 9:53 PM 1 comment:

First off, I am addicted to this song.

Second in the order of business, a utahn facebookian photo.

preposition
1.
up to the time of; until: to fight till death.
The sentence written above is exactly how it would be pronounced in Utah. The sad thing is that this mispronunciation is transcending into a misspelling.
And fourth in the order of events, A picture I drew in French Class. 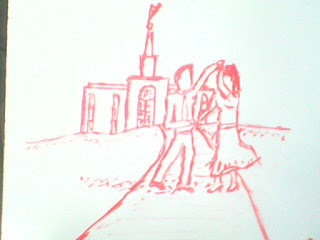 In spite of the mundane occurrences that happen  through out my normal school week, occasionally gems of something interesting occur.

Last whateverdayoftheweekitwas, my mom and I went down to Bountiful music to pick up some sheet music for a bass solo I am learning. After we left, we mutually agreed that we weren't really in the mood to go home, so we were going house browsing. 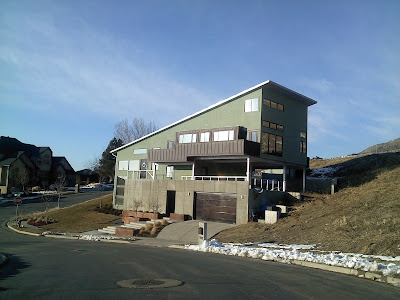 This home was actually from another "browsing above our price range" trips we took in Layton.
I love these little trips with my mom. It is a great bonding experience, and most certainly not homework. Although, it is a little distressing to see some much Utah architecture, especially in the high end houses. 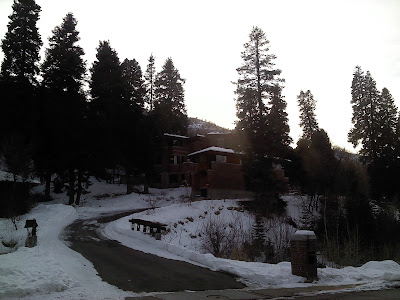 This home that you can't see very well is hands down my most favorite house in all of Utah. This is a Wrightian Prairie style home. I nearly screamed when I saw it. It has many excellent copies of elements from the Robie House, and it is the most beautiful thing I have seen since I moved here. I would have died to be able to go in it. 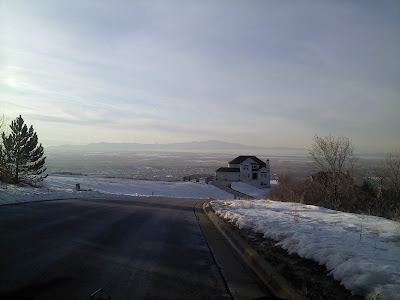 I legitimately thing that this may be the most valuable house in the Bountiful Area. It was amazing to be that high on the mountains, and the view was to die for. (Seriously, so much smog).
Oh!
One more photo! 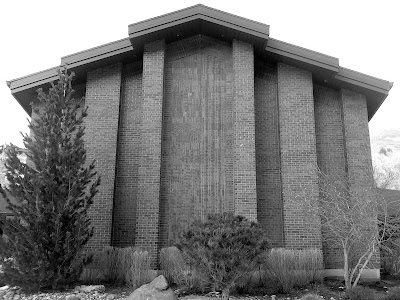 Living in the land of Mormon Church Architecture, where all the Chapels were built in the 1800's, the 70's or in the the past decade, it kinda gets frustrating seeing all there architecturally deficient buildings.
The Chapel you see above is in fact a Chapel built in the 70's. But.
I love it.
There is just something about the front design, and that post Modern Spire that just makes me so happy. I dunno what it is, but I really like it. 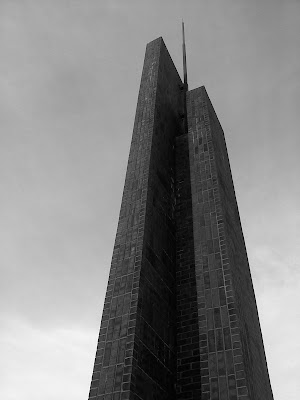 Yesterday I was homesick.

I was pretty much the most homesick I've been since I moved here, and that is saying something.

All I could really do was cry, and just stay in my room. 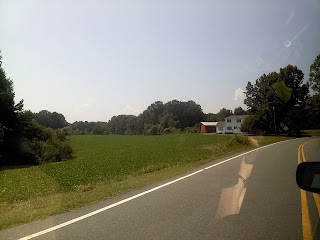 The worst part is that nothing really triggered it. Nothing is really going on in my life to cause it, and for that matter this has been pretty much the most average week I can think of. I was just overwhelmed with this huge nostalgia for where I used to live all at once.

Anyway, I opted to stay home today, and try to feel better. 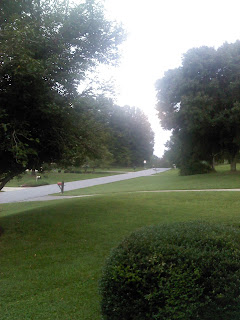 I guess that I thought that after 5 months of living here, this type of homesickness would go away. Seriously, I have lived here for almost half a year, and I get more homesick then I have since I moved here. I just wished I knew why.
Well, I really hope this is some sort of trigger moment for me to finally feel settled here. Maybe a changing point for how I think and feel. I really want to take this moment and make it something great. I'm so sick of being sad.
So here it is,
End of Chapter Sixteen: Page Turning
Chapter Seventeen
Who I am, Where I live 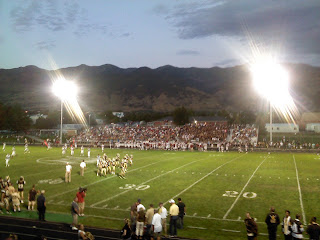 5 Months Later. So where am I? The photo above is from the Viewmont - Davis Football game, which happened to be the very first night I moved to Utah. That very first day is when my parents took me to my new school, got me all enrolled in classes, I got my tour of the school, and went to the school assembly. I went to my English, French and Seminary classes that day, and met some great people. After school, I was invited to the swing club pool party, and then to this football game. That night I went to where I was staying, with my dad's boss' parents.
As freaky as it all was, it was thrilling. I wanted so badly to say no to the offer to go hang out with those kids. Hey, it was my very first day in Utah, where I literally knew no one in the state. But I didn't. I accepted despite all internal protests that I had, and I had a blast. 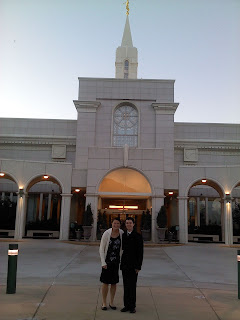 The following Tuesday I was invited to go to the Temple with these new friends. I was so glad that my family had intended on doing baptisms as a family in the Raleigh Temple earlier that summer. Although we never got the chance to go, I now had my own limited Temple Recommend, and I was able to go to the Temple with my new friends.
5 months later. Where am I?
Well I am a Carolina boy through and through. I really don't think anything will ever change that in me. I'll probably always be biased as to which is the best state, and the best place to live. I'll probably still love cheerwine too.
But I am very, very different from the person who went to that football game back in August. I know so much more about my self then I ever did before. I believe so much more in my personal ability to do just about anything. I became able to appreciate so much more of the place that I used to live. I feel that I have progressed so much in so little time. 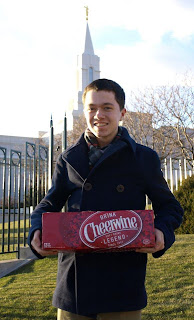 I feel so blessed. So incredibly blessed. In so many ways.
On July 26th, I was out at Staples in Clemmons looking to buy some stationary to write letters on. While strolling through the isles, I came across a little gray journal. I haven't been able to keep a journal for more than a week, and that was back when I was 8 years old. But for some reason, I bought it. I took it home that night, and I began to write. That first night, I wrote,
"I know That my Heavenly Father lives, and that he loves me.
-To be honest, I am not entirely sure who I am. I know I am the Son of Cheryl and Nelson Sebright, and brother of Albert, Catherine and Megan Sebright. I know I am a noble son of God, I know I have a very good life. But who am I?
-I really hope this Journal helps me find out."
Exactly one month after I began that journal, I was sitting in bed, after coming home from the football game.
I honestly believe that I was Divinely prepared for this change. Actually, I know it, with no doubt in my mind.
I can do this.
He knows I can.
And that is something that will never change.
at 1:43 PM 1 comment: