I had such a busy week.

I kinda hate those posts where you go point by point of every thing that has happened since your previous post. But in this case, I am going to do it regardless of my social disdain for the practice.

So on Monday I had the opportunity to go the the Utah Museum of Natural History, on the campus of the University of Utah. 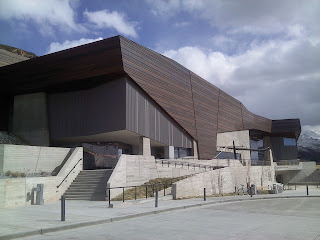 It turns out all the maps on campus tell you exactly where it used to be several years ago. An hour and a half later we found that out.
Regardless of that, it was still very enjoyable.
Then, early Friday morning I had the chance to go to the midnight premier of the Hunger Games! 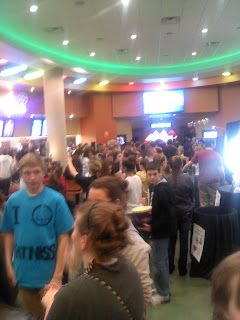 It was crazy! And I loved it.
I did get rather motion sick, as I was sitting in the second row to the front, and it was 2:00 in the morning. Plus the cinematography sucked. However, the movie plot line was very true to the book and I honestly felt like I was watching it for the second time.
Buuuuuut what I really want to talk about for the bulk of this post was this past Saturday. 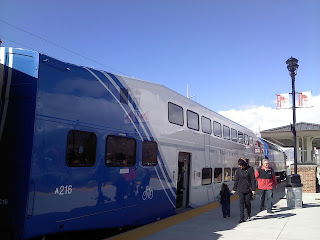 In Utah high schools have about 10 dances every year. Before every dance, you and your date group go do a date activity, usually followed by food and then going to the dance itself. After some miscommunication and what not, our entire group couldn't go to our original day activity, which was the festival of colors.  Instead, Aerielle and myself went down to the brand new City Creek Center! It is the new mall in downtown Salt Lake, and it was fantastic.
We took the FrontRunner down from Woodscross to Salt Lake. For all my non-Utahns, the frontrunner is the  regional passenger train that runs through northern Utah. From the main frontrunner station in Salt Lake, we transferred onto the Trax, which is the light rail system that runs through downtown. 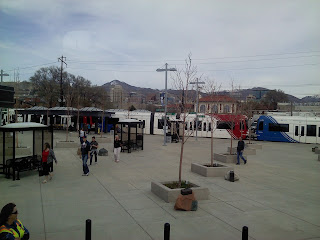 The trax took us directly to the mall in down town. City Creek Center occupies the two city blocks immediately south of Temple Square with a sky bridge connecting the two.

Not gonna lie, they made it classy as heck going to that mall. 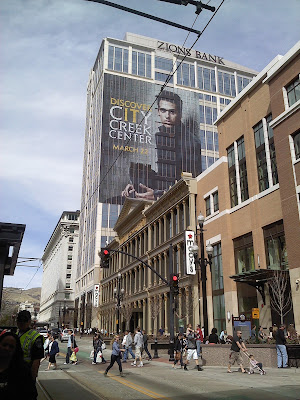 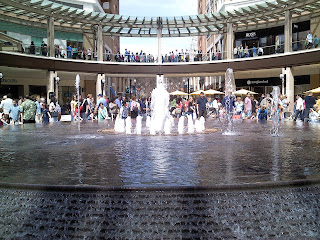 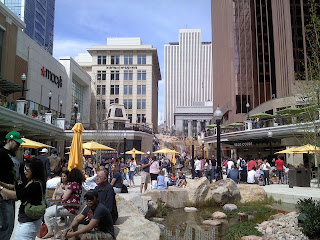 I got to share the fantastic experience with the lovely Aerielle! We meandered through H&M where I got myself a new shirt and belt, and we walk all up and down the rich stores, finding $600 pairs of heels, the food court, and a barrage of other stores. 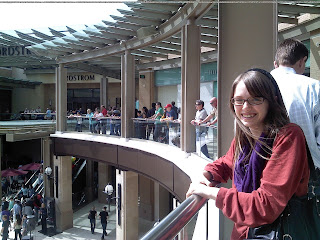 Oh, and as this was the fist Saturday since its opening, it was super super crowded. Which is a good thing! When we boarded the front runner around noon, we literally got the last two seats in our car. 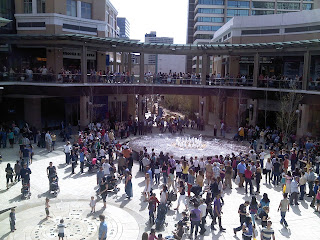 When we took the trax back to the transfer station, it was amazingly crowded. Below is one train that usually runs through the day. On most busy days they double up of the cars, and have two running together.
On the first Saturday that the mall was open, they quadrupled the cars together. And it was still packed full. I have to say all in all, this was one of the best downtown experiences that I ever had. Taking public transportation made me feel pretty good about not wasting gas, and saving the environment and what ever, but it was also really nice to take public transportation directly to the center of the mall.
Oh, and I don't know how true this cartoon is, but it really made me laugh. If you can't tell, the man on the right has a name plaque that says "Temple Square". 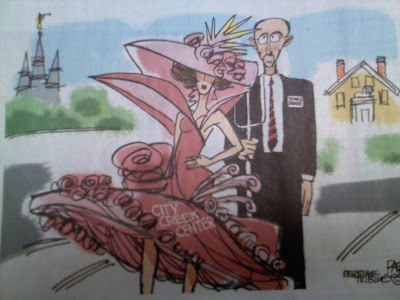 And right before the dance, me and my date took a short walk into the mountains above Centerville, and watched the sun set. 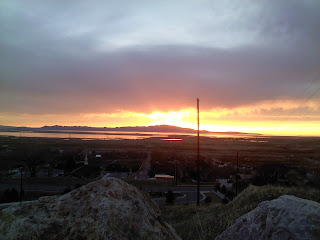