A Page From My Book

I try not to get offended too easily.

Having been a debater for the last two years, I meet lots of other hormonal teenagers who like to get their stress out by tearing down your arguments over and over again in debate rounds.

You shake it off and let it go. 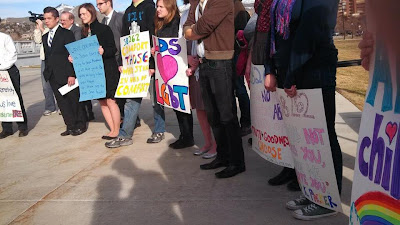 As I'm sure all of you are aware, facebook for this past week has been full of debate on the topic of gay marriage. Comments on both sides are accusatory, some calling others "bigots" and others calling some "immoral".


I'm a gay mormon. By all practical observations, I sit right on the fence on this issue. Since my public coming out post on January 31, I've received so many kind and considerate emails, texts and messages of love, comfort and compassion. Most had no idea what I go through on a daily basis, but in quoting Nephi they said, "I know that he loveth his children; nevertheless, I do not know the meaning of all things" (1st Nephi 11:17). And they showed loved for me.
And as Mathew said, "And whosoever shall compel thee to go a mile, go with him twain.", I would ask that you walk with me just a moment longer into my perspective.


I love being gay.


Which as an odd statement coming from me. For the better part of 16 years I hated knowing that I was different. Even after I started coming out, I hated it. But I began to see with a new perspective.
Of all people in this world, I have absolutely no right to even remotely judge another person. I am a minority. When coming out of the closet, that was one of the more strange things to realize. I was among the 5-10% of individuals who identify as LGBT. Statistically speaking, I will always be a minority, no matter where I live.
And on a weekly basis, I have to tell people that I never chose to be gay. Almost daily I have to explain to people, yes, I am a boy who likes boys who also loves his Heavenly Father. I have no right whatsoever to tell someone else what is right and wrong for their life. I feel everyday the impact of other people telling me what is right and wrong. 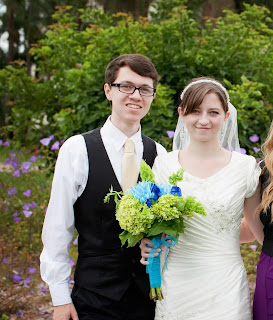 I hope I am not out of line here when I say that being gay, and furthermore being openly gay and mormon, has made me more compassionate, more accepting and more loving than almost any other thing in my life. Maybe it is because I have been called "faggot" or "homo". Maybe its because I get stares everyday when I'm walking through the commons. Maybe its because there are people whom I love so incredibly much at one point or another that have told me that my path in life is wrong.

Maybe that's why at school when the girl next to me shows up the folowing day in class with her hair dyed bright blue that I let her know how beautiful it looks with her eyes. Maybe that's why when a guy I know decides that he is going to get gauges in his ears, I tell him that I sincerely hope his mom likes them. Maybe that's why when I meet a person who while growing up as a boy feels so strongly that his life is incompatible with the body he has been born in, I tell her that I think she is awesome. 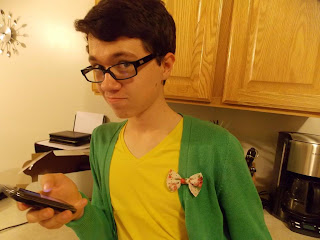 You don't have to believe in the same things I do. In fact, I would hope that you don't. What I believe comes from much personal prayer and scripture study and Temple visits. My personal revelation is just that--personal. I would never prescribe my path in life to anyone else, unless they have received the same personal revelation.

I don't believe same-sex relationships are wrong. The purpose of our sojourn to earth was to have a mortal experience and to learn ultimately to serve our fellow beings and our God. We come here to love and after the proper covenants to become sealed to families, so that in heaven we might be sealed as one giant human family.

I don't believe that I was sent to this earth with one of the most basic capacities of the human experience rendered unusable. On the contrary, I have an equally capable capacity to love and form relationships, but it happens to be with those of my gender. I believe that I was sent to this earth at this time to be able to learn to love in less ideal circumstances than most other people, and with that experience be able to love even more fully in the life to come.

I don't believe that my sexual orientation will change in the next life. I spent most of my younger years imagining what life would look like if I married a girl, and started a family with her. And every time it just felt lacking. I'm not saying that our Heavenly Father lacks the capacity to change sexual orientation--on the contrary, I have no doubt that he could. But as wonderful as a straight version of Aaron would be, as wonderful and productive his life would be, his desire to learn and his capacity to love, that version of Aaron would not be me.

I want the opportunity to learn to love in this life, and I feel very strongly that I should. And I think for me, that means having a committed relationship with another man. I want to feel love, I want to feel commitment, partnership and compassion with another son of God. And if circumstances permit, maybe we will take under our roof a child in need of adoption, who under current circumstances has no favorable options. Parenthood is always a life of service. And if I have the ability, financially and emotionally, I would like to be able to give the gift of a stable and loving home to another child of God who does not have one. 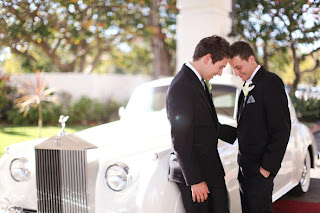 I really hope I haven't offended you with anything I have written. One of the consequences of being a gay mormon is that too often I offend people by either being an openly gay member of the Church of Jesus Christ of Latter-Day Saints, or I offend people because I am a tithing paying member of a church that has funded Proposition 8 and that has been more than hesitant to support anti-discrimination laws on a state level in Utah.

But being a a follower of Christ means so much more than any of that. It means to the best of your ability to love every single person you ever meet.  And so I am trying doing that in the best way I see.

So sometime in the next 10-15 years, when you receiving an announcement in the mail from me and my fiance, I hope you realize that I'm not trying to turn society on its head. I sincerely am not trying to change the bed rock morals of our society. I promise that I am not trying to desecrate religious principals or somehow take another person's rights away.

I am trying my best to love, and to show commitment in partnership, even if in the grand scheme of things it is only temporal, and only for this life. 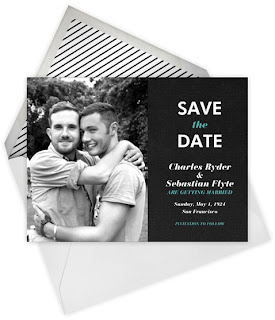 I love you guys more than I possibly can say. Many of the people reading this blog have helped me through hell and back in becoming the man I am today. I don't want to make you change your mind. I don't want you to feel like I am telling you that what you believe is wrong. Please, please don't take it like that. But I do hope that you do take into consideration my somewhat unique perspective. It's all I really have to offer.

I’m following in his ways.


At times I am tempted to make a wrong choice,

But I try to listen as the still small voice whispers,

“Love one another as Jesus loves you.

Try to show kindness in all that you do.


Be gentle and loving in deed and in thought,


For these are the things Jesus taught.”