I am really fond of my blog's name.

"This is not the end. And it is far from it. But at that moment, I realized for once what this moment actually is. It is where I will be starting a new chapter in my life. In reality, this is a Page Turning. I'll be able to look back on my life, and this is where I will be able to separate the first part of my life from the next.
And that is where I am today. I am writing the first few words of this chapter for me to remember. I don't know how long this particular section will be, or what will go on in it, but I do know that no matter what, I have the ability to decided what will be written in my book."

I was sitting in the Atlanta Airport having just taken a short plane ride that would take me away from North Carolina for the better part of a year. I do believe I was right at that moment--In my mind I distinctly separate one part of my life from the next at that moment. The only other comparable moment of separation I can think of was Easter Sunday when I told one of my best friends that I was gay. I think the next one in my life will either be graduation or more likely when I leave for college.

I didn't get into the University of Virginia, which was a bit of a let down. But in all fairness I can't say that I was that upset, because deep in me a small part of me was really hoping that I wouldn't get in so that I could attend my second choice school: The Pratt Institute!

The Pratt Institute is a small specialized arts school located in Brooklyn, New York. It was most recently ranked at 11th in the nation in Undergraduate architecture, but in recent years was ranked as high as 8th. I won't make the announcement official until sometime after April 14th or so, after I get a few things finalized like financing stuff and a college visit. But you did hear it from me first, so you won't be all shocked and surprised when I make the announcement.

The primary source of fascination on this blog post is concerning the Holi Festival of Colors! 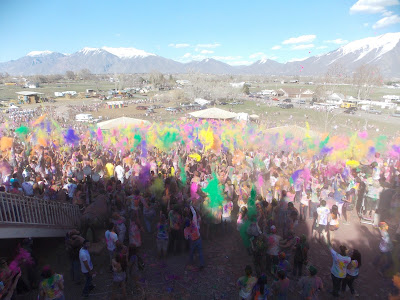 I don't really have a ton to tell about this event. It is celebrating a Hindu holiday, and several thousand people gather at the Lotus Temple in Spanish Fork to throw colored corn starch at each other. It is so much fun and it makes your eyes, mouth and skin very dry.

And it is so much fun. 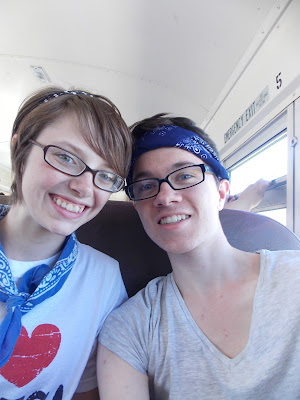 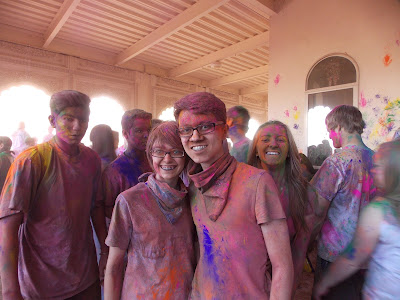 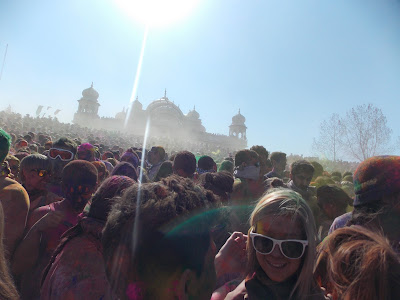 And I ran into some beautiful friends of mine! 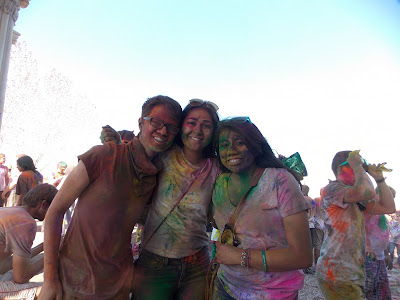 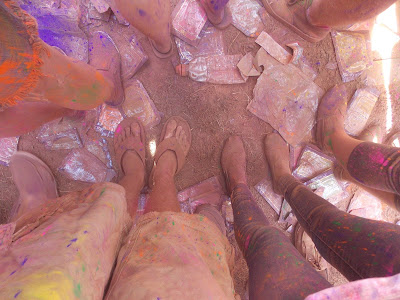 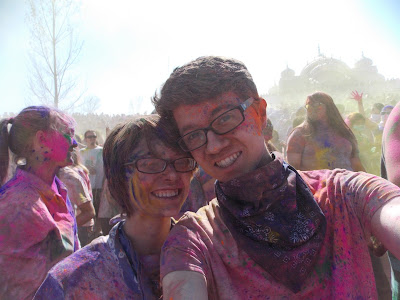