On a day like today, I'm really grateful to live in a place where there are really high overlooks not too far away.

After school I really felt like I should take a drive, so I drove south and up the mountains. I find that seclusion, even if only for a brief while helps bring clarity to my emotions. One of the songs I was listening to on the way up was Helplessness Blues by Fleet Foxes, and I hope you will take a moment to listen to it too.

The emotion that I was feeling after school today was muddled melancholy. There were several reasons that could have been factors in this feeling but for some reason I just couldn't pinpoint what was causing this nagging feeling.

After a long drive an a brisk walk overlooking the valley I think I've figured it out. 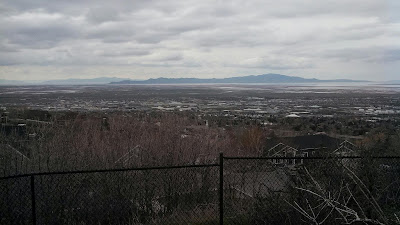 With the end of the school year fast approaching it provides the opportunity for several things to occur at once. First and foremost I am approaching the end of my high school career. As much as I wish I could say that I am going to miss my school and the people and the memories, I don't know if I can say that. I like Viewmont as much as the next student, but having gone to two different high schools for the same period of time really broke down my attachment to either. Certainly I am going to miss a lot of my friends here, but unlike everyone else, I didn't go to school with these kids for 12+ years. They've been in my life for just under 2 years and soon they will be gone again.

I hate that I don't have that emotional attachment. I feel like I should. And I really want to have it. But the simple truth is that I don't. So while the school year is coming to a close and everyone is trying to make the most of it before they leave for college, I feel rather separate from them.

I think this was the first big piece of my emotional trouble. 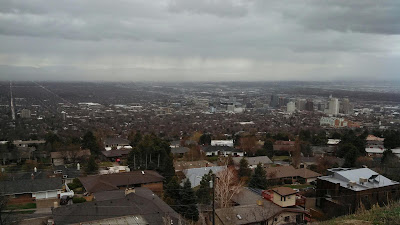 The second part for me has to do with what happens next. College.

I think the first subpart of this problem is that I can't say with 100% certainty that I am going to a certain school. Until financial aid information comes I am waiting in limbo. As I described it to a friend today after school, I feel like I am floating.

The more pressing part of this problem is that of second thoughts and reservations. Despite all that I know and all that I want from college, and as much as the Pratt Institute will fulfill each requirement for me, reservations are beginning to emerge in the back recesses of my mind. While on the mountain today, this was the most troubling part for me.

I know what I want to be. I want in a few decades to be able to walk into some beautiful convention center in an emerging city and in the lobby see engraved on a bronze plaque,

I want to have made a difference. I want to be of significance. I want to lead a life of periods rather than question marks. I want to feel that my impact on this world was positive and remarkable.
There is no doubt in my mind that studying at Pratt in New York City will help me along this path to what I want to become. And after freezing my butt off in the wind on an overlook in a Bountiful Park, it occurred to me that this wasn't the first time I had felt this way. Although, last time I didn't write all that much about it.

You see, last time I had felt this way was on the verge of me and my family moving to Utah from North Carolina. I remember when I agreed with my family to make this dramatic change. I remember thinking how this was what would be good for us. This would be a second chance in my youth to establish myself and my identity. This would be a better financial opportunity for my family and this would allow me to bring myself to a new front of personal liberation.
But the week before we moved I went into this little state of depression. I was having major second thoughts, realizing I would be giving up friendships I had established for years and I would be giving up knowing the lay of the land, the local culture and a familiar schooling system. All of that worry and uncertainty made me upset.

However, moving to Utah became the best thing that could have ever happened to me. I discovered my passions, I made new friends that changed who I am, and most notably I was able to finally admit to myself that I was gay.

But I didn't know that then. It just felt so intangible. 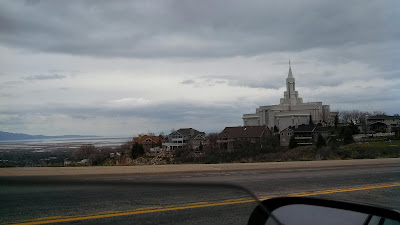 I think with more prayer and pondering I will come to a more content state.
I'm excited for who I am becoming.


After all is said and done I feel the same
All that I hoped would change within me stayed
Like a huddled moon-lit exile on the shore
Warming his hands, a thousand years ago
I walk with others in the yearning to get out
Claw at my skin and gnash their teeth and shout
One of them wants only to be someone you'd admire
One would as soon just throw you on the fire
After all is said and after all is done
God only knows which of them I'll become