What has changed about me?

My dad asked me that question on the way back to campus after spending the last half of fall break at my parent's house. He was asking in acknowledgement that after 18 years, he has gotten to know me as a person very well, and in the short few months since I have moved out, realistically on a small part of me has change, primarily in the categories of education and personal independence.

As you, my beautiful reader, I hope I you have gotten to know me fairly well over the past four years. I know that most of you haven't been following my blog for quite that long, but at the same time I don't feel like I've gone out of my way to disguise my voice in my writing.

Taking a quick step back to fall break....

Aside from working a lot the first half, the second half of fall break I got to not only see an awesome concert, I also had a week to go back to my family's house and bring Tree along with me! With my sister Megan there with her husband and our good friend Haley and of course my dad, it was a great little weekend. My lovely mother is off in Michigan this week with my sister Catherine, of who I am quite envious of. During our visit, the lot of us took a little walkabout on the mountain side to see a waterfall!

The weather was just perfect and the fall leaves were to die for. Moments like these in particular make me just love Utah. 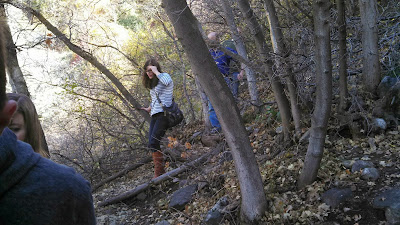 So this concert that I went to!
On Wednesday I went with my dear friends Clare and Allison to see Passion Pit preform at The Complex in downtown SLC. It was seriously a fantastic concert. I love Salt Lake because we are the biggest metropolitan area in the region so we get more national names, but our city is still small enough that our concerts still feel very intimate. 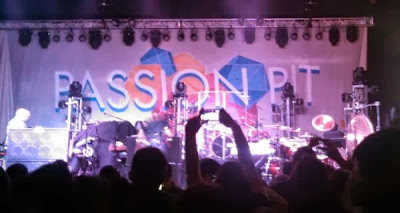 Getting back to the question I posed at the beginning of this post...
I feel very comfortable sharing parts of myself on this blog that I wouldn't necessarily shutout to the world in any other manner. For example, my coming out post or the follow up to that post are two very poignant sentiments that I wanted to share first in my own private forum. Currently I have a sentiment that I'd like to share. But I'm not quite ready to put it up on my little forum just yet.

A while ago I went to the LDS Affirmation conference here in Salt Lake City. The final speaker on the final night of that conference gave an amazing talk and her name was Barbra Young. She expressed a similar sentiment to what I am feeling now. She talked about how she was proud of groups like LDS Affirmation, LDS Family Fellowship and MBB who were going out of their way to build bridges in communities and families between LGBT members and their LDS neighbors and families. But, she said, this was not how she felt. She didn't want to patiently build bridges, slowly making the world a more accepting and loving place. Instead, she was the type of person who wanted the continents to collide together closing vast chasms and oceans so that there wouldn't be a need for bridges!

Not going to lie, I feel a lot like her right now. My patience towards people who tell me I am wrong in my beliefs or that I need to be more cautionary in how I express my opinion is at an all time low. I had a good year an a half changing minds and hearts to take a moment and listen to my opinion. But right about now, I'm rather done with all of that. I just want the world to be more open and accepting and I want me to not have to be the one to do that.

But when reality comes knocking at my door, I realize that outside of Salt Lake City, Utah is far from being the most progressive place on earth. When it comes down to it, it's more likely than not that I'll have dozens more bridges to build, stories to recount and hearts to touch. 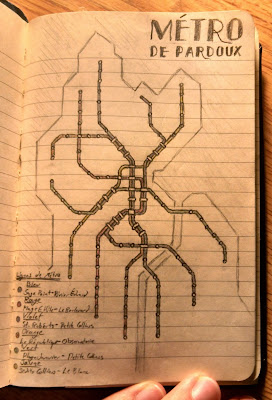 What you see above is a work in progress on my latest creation-- a city called Pardoux. It's an imaginary city with a metropolitan population of around four and a half million people and an urban population of closer to two million. I could probably write an entire blogpost on it, but for now I'll refrain. Just know that this is what goes on in the inner workings of my mind.

I love you guys. Thanks for taking the time to read.