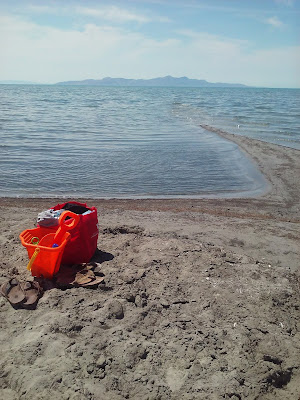 As you may have surmised from social media I've done a lot this summer. Seriously. Several things. I went to Canada on two different occasions, took classes, worked, started an internship with a transit agency and slept a lot. One thing I managed to do with great regularity was go to my favorite place on earth, the Great Salt Lake.

The stunning waters, soft sand, quiet beaches and endless vistas drew my to its shores again and again. Jake and I managed to go on more than a dozen occasions, spending whole afternoons and evenings in the salty waters. Something that I finally invested in this year was a set of plastic buckets and shovels to build sandcastles with.

I'm going to take you in chronological order of some of the more notable sandcastles that team Anderbright made. 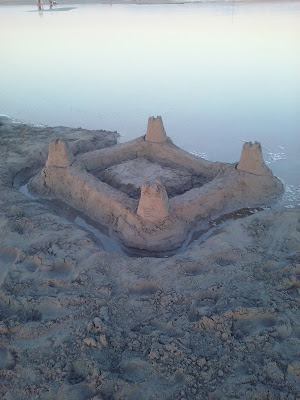 This might not make 100% sense if you haven't visited the Great Salt Lake in person. The Great Salt Lake has a bunch of really curious characteristics that are pretty unique to it. (I wrote an entire blog post on it forever ago if you are curious as to what some of those are). Like the big puddles that hang around at the beach after high tide recedes, the Great Salt Lake has big pools or inlets of water that stick behind the regular shoreline after wind storms or from the inevitable evaporation that constantly changes the lake's shape. You end up with these long sand bars that form the regular shoreline to the lake where the little waves crash, and where I build my sandcastles. After playing in the water for a bit I saw him building this castle, so I came along to help. Anyway, it was one of the first larger sandcastles we built. It was built on the back end of one of these sand bars, on the calmer lagoon side, hence the name. 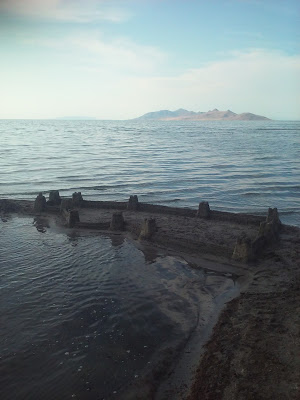 I was putting some towers up using my big orange bucket and then I decided to build a wall between them. Then I had this childhood moment of inspiration where I remembered how I used to play in the creek by my house growing up and pretend that it was all a small civilization and that I had these god-like powers to create towns, canals, roads and bridges. (How I didn't realize urban planning was my calling from an earlier age, I have no idea). I also used to (read: still do) play Age of Empires II, which is such a rad game. When building this castle I had the sudden inspiration that I needed to build a wall around my highly coveted stretch of beach to keep the wild and ferocious monsters from trespassing onto my territory. As far as I can recall, it was wildly successful. 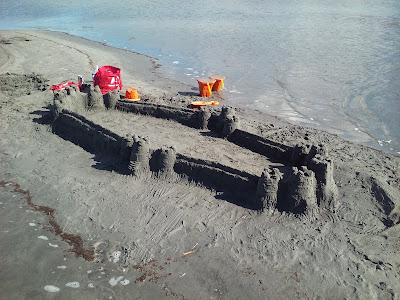 You probably saw this castle on social media with Jake's seemingly dead body occupying its interior. I was going for something similar to the Age of Salty Empires, but with a more bad-ass front. Then as I started to build the walls back along the shore line of the peninsula it was occupying, the winds shifted north and the shallow waters of the Great Salt Lake began to recede leaving my coastal castle a little dryer than expected. With it situated higher on a bigger piece of land, I decided to give it some symmetry, giving it its coffin shape.

4. The Canadian Tower of Glory 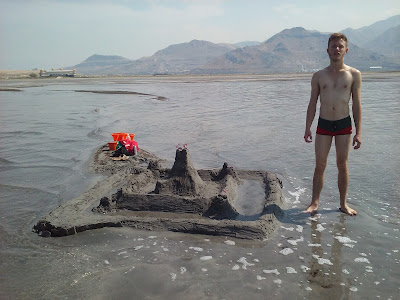 Jake and I have tried a few times before to create a castle of any notable height. Most of them were so much of failures that they didn't warrant a photo to be taken of their shame. This time we were pretty sure that it was our lucky day, and we built the castle you see above. It was actually a lot cooler about 15 minutes before we took this photo. About an hour earlier, the winds shifted to the south and the prevailing breezes skimmed the great expansive surface of the lake causing the water to rise on the southern shores. The water level was at least 3-5 centimeters lower when we started construction. The castle was originally at the high point of the island when we began construction, but as you can see in the photo it suddenly became flooded. Think of it like a saltier version of Dry Tortugas National Park. I think I forgot to tell Jake that I was taking the photo, so pardon his somewhat frustrated expression. I'm calling it our Canadian Tower of Glory because we had some left over miniature Canadian flags from our Canada Day party back in July, and we put some in our beach bag to decorate the awesomeness that is a Great Salt Sand Castle.

That pretty much catches us up!

Except, have I told you about our cat, Joy?

I suppose the internet would not be any worse of a place with a few extra photos of felines on it. Here we go. 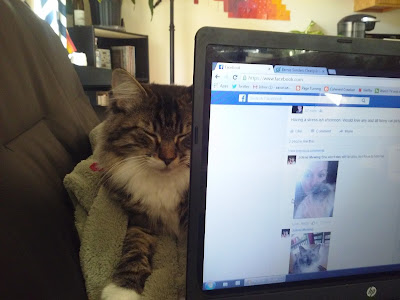 Joy is jealous of all electronic devices in the house because they take attention away from her cuteness. Also, note how I am on Facebook looking at photos of my friend's cats. Because the internet. 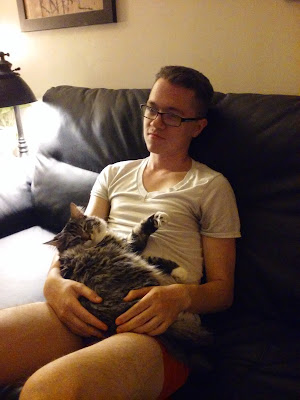 Joy is a very cuddle cat. It is awesome. Except at 4:00 AM when she nudges you, and meows at your face to make sure you are alive. And also, if you are alive to make sure to give her some token of affection and attention. Adorable. 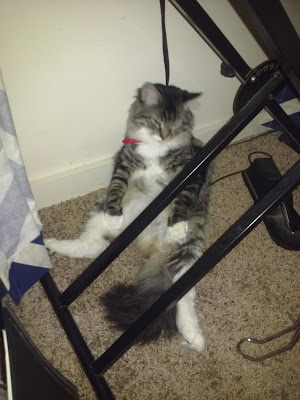 This one is just too cute. Sometimes when I come home, she is sitting in a corner propped up like she is some kind of primate. Damn. The internet would be a much more boring/less adorable place without cats.

Thanks for reading. I know I have no sense of regularity whatsoever, and given that this is the first week of a new semester, chances of me writing a follow up post to this a dropping by the second. If I ever do get around to such a literary work I think I'll write about my trips to our neighbor to the north, Canada. 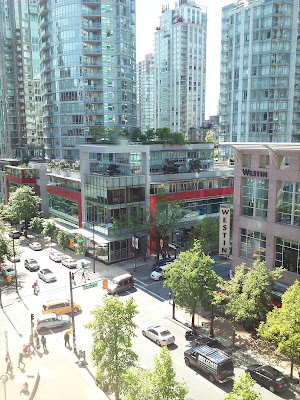